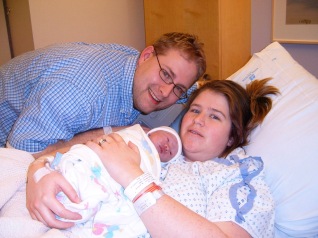 Grace turned 10 last week. We celebrated with a few presents and a cupcake for her to smoosh. There were Cheetos for her classes at school and a few lollipops for those who don’t eat Cheetos. We also sent cupcakes to the people at Target Pharmacy and to all three offices of our pediatrician. The people at the pharmacy and at the pediatrician’s do a ton for Grace – and that’s just the stuff we know about!   I’m sure that there is more that we don’t know. Despite the workload she creates they consistently have come through. They’ve been doing it for 10 years.

What Kevin and I have talked about in the leading up to Grace’s birthday has been less about her being 10 and more about how we have been dealing with epilepsy for 10 years.

Grace apart from epilepsy is a pretty cool kid. Although I can’t stack her up against a normal 10 year old, she’s her own version of 10. She definitely has things that she likes and that she doesn’t. She has personality. She has the ability to make noise. Her facial expressions are priceless. She is learning things. I take pride in her stubbornness. (She will not be messed with. She’s not a pushover.) There are people who love her. She knows what’s going on around her. She is genuine. She is funny. And when she looks me in the eye and smiles I’m pretty much just a puddle. We still snuggle each day, often times with her little hand resting on my cheek.

Just this morning she was in physical therapy doing something that’s really hard for her, at one point she took my hand for just a minute. Then she rubbed her face, a sure sign that she is a bit frustrated. After the rub she took my hand again and she began to navigate the obstacle. She is a very tough kid, which you may not see if you don’t really look.

Epilepsy has affected Grace in numerous ways. She’s never really able to be alone. There’s much that’s out of her control, her own body often times won’t do what she wants it to. There’s a randomness to epilepsy, she can be interrupted at any time. Her ability to speak for herself has been impacted. It takes her longer to learn things. It takes her longer to do things. It’s isolating. She’s completely dependent on others (and for Kevin and I the challenge of finding the right “others” is a constant concern). She never really was able to do “regular” kid things and won’t do “regular” adult things. Epilepsy makes her more vulnerable to judgements, to unkindness, and disrespect.

Epilepsy for us as her parents has introduced fear like we’ve never experienced. We too are affected by the randomness of epilepsy. There’s grief. Judgements we face.   A lack of freedom, we really can’t be spontaneous. Paperwork. Medication administration. There are never-ending big and small decisions to be made, often there is no right answer.   We are caregivers 24/7. Fear.   (I said that before but it bears repeating). Isolation.

Some days I try to picture Grace without epilepsy. I really can’t do it well or for very long. The reality of Grace being who she is (with epilepsy), and loving her right where she is at prevents me from going too far down that road.

One thought on “Ten”